END_OF_DOCUMENT_TOKEN_TO_BE_REPLACED

Two decades ago, I bought a book.

In producer-speak, that means I acquired the rights via option to make a movie from a book. I knew a TV news reporter, and she had made contact with a reclusive author who wrote a book she thought I might be interested in. Actually, “reclusive” is too weak of a term; we both had determined that the author was in hiding. Contact was difficult and cryptic. Nonetheless, he and I got on the phone, and he figured that I would be someone he’d like to work with to get his book made into a movie, and I liked the deal, too. We sealed the deal without ever meeting.

END_OF_DOCUMENT_TOKEN_TO_BE_REPLACED 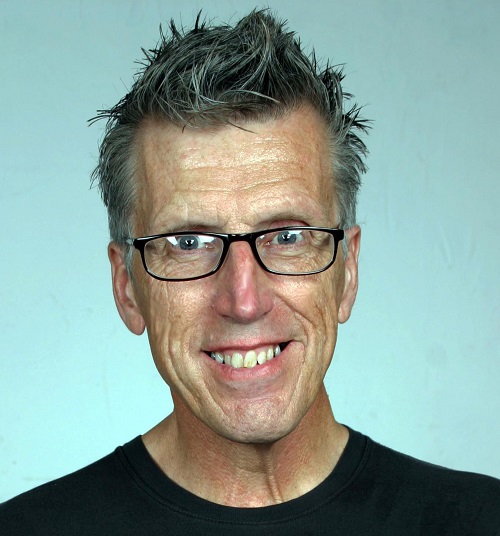 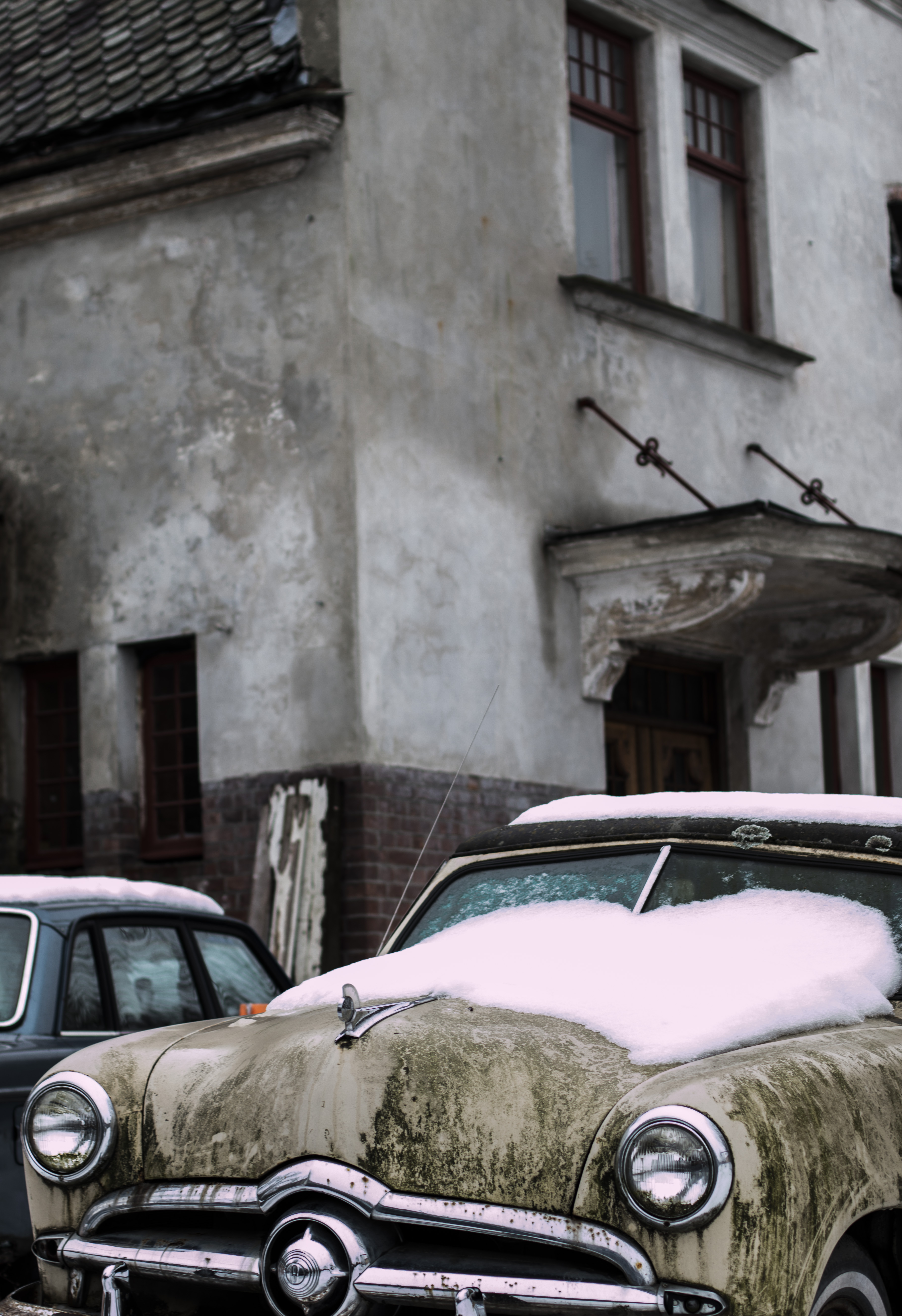 If you remember that there once was a glimmer of hope for more sustainable financing for innovative small business (and, for my concern, an indie film industry) through “Equity Crowdfunding” as demanded by the JOBS Act of 2012, the fact is that it’s not going to happen. It’s already far past the Act’s imposed deadlines because the concept is anathema to the entrenched and self-interested bureaucracy.
END_OF_DOCUMENT_TOKEN_TO_BE_REPLACED

On my way to Sundance Film Festival 2014, news broke (see “Federal appeals court strikes down rules protecting net neutrality” at http://www.latimes.com/business/technology/la-fi-tn-net-neutrality-federal-appeals-court-20140114,0,2138188.story#ixzz2qlsuWDSC) that made two problems painfully clear, and they will have a huge impact on filmmakers:
END_OF_DOCUMENT_TOKEN_TO_BE_REPLACED

Arrested Development and House of Cards aren’t designed to deliver the metrics Wall Street expects, and this means a lot about how Netflix views its future.

May 26th was a uniquely exciting (and perhaps exhausting) day for TV lovers. At midnight, Netflix released a brand new season of Arrested Development – more than seven years after the show was cancelled by Fox. The show’s return represents a key component of Netflix’s emerging original content strategy and is the fourth show released by the over-the-top streaming service this year (at a total cost of more than $150M). As such, I thought it would be a good opportunity to pause and evaluate the economics of this strategy and hypothesize what success might look like. In doing so, we can also better understand the role of original content (is it intended to drive net adds, reduce churn, stabilize content costs etc.) and the impact of their controversial decision to release entire seasons at once. This will also tell us about Netflix’s future and management’s POV on this future.

The Value of Netflix to the Consumer

Though inexpensive on the whole, Netflix’s service does not offer materially cheaper entertainment than that of traditional cable TV, costing approximately $0.0024/minute versus cable’s $0.0035/minute.

This is interesting for two reasons

1. Despite being commercial-free and infinitely more flexible than live linear TV (in terms of time, content and screen), Netflix is unable to command a price premium for its entertainment service

2. Average time spent watching Netflix per user is up more than 10% year-over-year. However, with prices still $7.99 a month, Netflix has not benefited from this increase in customer value (directly, at least, as it would improve word-of-mouth and perceived value). Increases in both the quality and size of its content library content quality is no doubt a major driver for increased usage, but this has contributed to a 16% increase in quarterly licensing costs ($1.355B in Q1 2013).

This matters because it means Netflix may have limited means to raise prices – and when it does, they will still lag customer value growth. As the instant decapitation of Qwickster demonstrated (among many other lessons), Netflix’s customers really do control the relationship.

Streaming services such as Netflix and Amazon see original TV series as the path to success. It’s not. But consumers win.

It is a great time to be a lover of television. Content, for one, has never been better. Not only have many declared today the “New Golden Age of Television”, some such as Vanity Fair’s James Wolcott, have gone as far to ask questions such as if “anyone thinks The Artist (which had recently won the Academy Award for Best Picture) is better than Mad Men?”. The rise of digital distribution and portable, media-focused devices has also fundamentally increased potential “demand” for this content. The ability to watch content whenever (and wherever) we want means that we can watch more shows than was realistically possible when we were tethered to 2-3 hours of “appointment TV” per night (and we could watch only one show per primetime slot). Not only does this save older shows, such as The Sopranos, from irrelevancy after airing, it opens up the creative medium. Hyper-serialized shows such as LOST and Game of Thrones would not be possible without the ability for viewers to easily catch-up on a missed episode (or “marathon” past seasons). Digital-only distribution (such as Netflix’s House of Cards) has further freed creatives to pick scene lengths or runtimes based on the needs of the story, rather than the need to cut to a commercial break every 4-7 minutes or fill out an hour-long timeslot.

Market behavior clearly illustrates the New Golden Age hypothesis. Movie stars are increasingly moving to the TV screen (from Ewan McGregor or Zooey Deschanel) and many TV stars are bigger celebrities than most movie actors (such as Kim Kardashian, regrettably). TV budgets have also exploded. Game of Thrones costs upwards of $60 million for a 10-episode season and many hour-long dramas at the Big Four broadcasters can cost $40-75 million per season ($2-4M/episode). Content has also become an increasingly important differentiator for cable networks such as HBO and AMC, which traditionally focused on films and one-off specials, but are now defined by and dependent on hits such as Girls and The Walking Dead.

There has been a battle going on in Hollywood for a while now that threatens to upset one of the premises of the entire film industry. You might think it must be about digital disruption, but it’s not. Is it about 3D? No. Maybe it’s about lack of creativity in an industry swollen with sequels, prequels, and comic book heroes. Nope. Is it about Steven Spielberg’s prediction that a few mega-flops will likely destroy Hollywood? Nope.

It’s all about who will get coffee for the producers. The unpaid intern.

If you have a driving passion to break into the industry (and who doesn’t? You wouldn’t be reading my blog if you didn’t.), there are few ways to do it. The Number One best, most reliable, undeniably greatest way to break into Hollywood? Become an unpaid intern.

(It used to be “work in the mailroom at an agency,” but that’s no longer true. Who sends MAIL anymore??) END_OF_DOCUMENT_TOKEN_TO_BE_REPLACED

Production is morphing into … what? Is it “filmmaking” if there’s no film? Are we “taping” a program if there’s no tape? Are they “films” or “movies” it they are viewed on a smartphone? Is it “Television” if it’s streaming online on demand?

The technology of production and the delivery methods are no longer pertinent to defining what creators do. We create. We no longer create things clearly defined as “TV shows” or “Movies” or “Web Series.” What we create is now going out on all of “The Blended Screens.” Some have called it “content” but I think that term is weak and too broad.

For me, I’ve decided it’s all “story-making” and that’s what I choose from now on.

Norman Berns of ReelGrok, the website “Where Filmmakers Get It,” has reviewed several of the programs available for indie filmmakers to schedule and budget their movie projects. He reviews Movie Magic, Showbiz, Gorilla, Hot Budget, and scenechronize.

END_OF_DOCUMENT_TOKEN_TO_BE_REPLACED

How will independent filmmakers fully embrace digital distribution for maximum value? It’s a new world, and the old methods cannot be squeezed and twisted to work in it. There will be a new approach to bringing indie films to the audience. 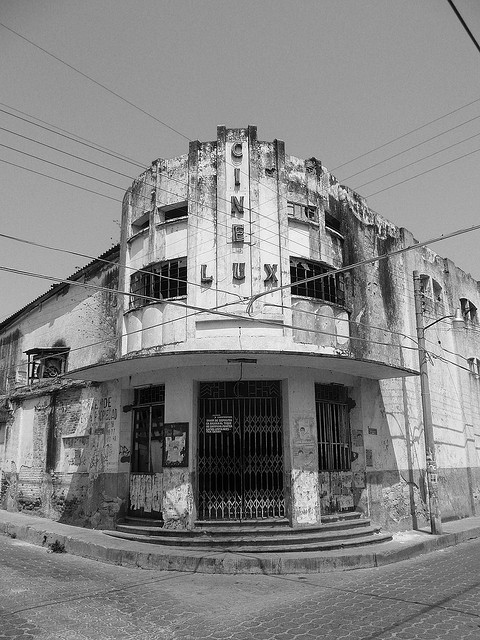 I call it the UNIVERSAL FILM ACCESS POINT.
END_OF_DOCUMENT_TOKEN_TO_BE_REPLACED

FILMMAKERS, this is very important:

WHAT CONGRESS DID
The house has passed the Entrepreneur Access to Capital Act which offers a tremendous opportunity to rebuild the independent film industry. The Act is designed to allow businesses to raise capital through crowdfunding. Under current securities laws, filmmakers can only ask for donations, and donors support the film without any participation in its potential profit.
END_OF_DOCUMENT_TOKEN_TO_BE_REPLACED There are a lot of screenwriting gurus. That’s because there are so many people who want to write screenplays and are scared to death about doing it wrong. It seems that, for every 100 people who are afraid of the number of brads that must be in a script (two), the typeface that must be used (Courier 11 or 12), the right software (FINAL DRAFT for $$, CELTX for free), and every other element that they think is the key to the magic kingdom of screenwriting success, there are at least a couple gurus who have all the answers.

That’s all good, but it seems to me, from the comments I always hear from people who want to start writing screenplays, the ‘take-away’ is always wrong. The wrong “rules” are assumed to be the most important.
END_OF_DOCUMENT_TOKEN_TO_BE_REPLACED